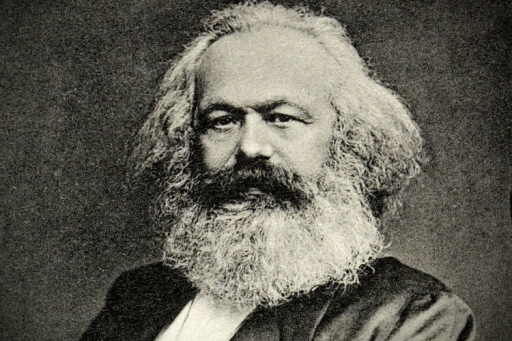 In the Communist Manifesto Marx and Engels describe Capitalism as being a state in which “All that is solid melts into air…” Where new products replace old and new ideas ride on these products backs, a system in which all is replaceable man by machine and machine by man…

Fredric Jameson refers to the post-modern period that we may still be living through as being born from ‘late-capitalism’ where the grand narratives of the past melt into air to be replaced by a ‘universal logic of the market’. Instead of relating to the means of production through a job for life, late capitalist humanity is shaped by how and what it consumes.

Jean Baudrillard wrote about how “commodity and signs merge in the implosion of the real and everything becomes part of the hyper-reality of the media age.” This dystopian place where all that might be true is undermined by its impermanent throw-away nature.

From ‘I think therefore I am’ through ‘I work (in a factory) therefore I am (working class)’ to ‘I buy, therefore I am…’ life is now a dressing up basket in the present tense. All that was once solid, has melted into air. In all walks of life the breaking of boundaries, fluidity, means at first sight freedom, freedom away from the grand narratives but it also means a loss. Grayson Perry said that: “…all the art I love is quite traditional, and so even though I can intellectually engage and even appreciate some of the more expanding field of art, I still am more emotionally attached to the old thing.” This desire for something to mean something, to be recognisable, categorisable is something unbridled capitalism takes away from us, especially when allied to technology that accesses it all. Perry, again: “After a lecture once, I had a student come up to me and she said… “How do you decide what to do your art about?” And I was like “Oh …” I said, “Well” – and I was sort of struggling to say something – and I looked at her hand and she had her iPhone, and I said, “Well I didn’t have one of those.” Because she has every image, access to all information in her hand. When I started, I had none of that and I think it’s a challenge for young people today.” This is akin to what Stuart Hall called the: “Maximisation of individual choice through personal consumption.” Or what, in the Rocky Horror Show, is idealised as: “Don’t dream it, be it…”

This accessibility to everything, allied with choice to be anything, allied to a philosophy where all narrative is oppressive, leaves us without values, without ideology, without the means to understand anything about humanity and our world, beyond that of a supermarket checkout, or worse, the Amazon ‘one-click’ button.

The logic of a marketised system attempts to turn teachers into consumers and sellers. Anything goes. Just as in an art world in which all can be art the most important thing to say is ‘well, that isn’t art,’ so in the education world we need to be able to deny education can be about anything and done in any way ‘as long as it works’. Just as the art world needs boundaries, so does education.

John Dewey wrote that: “New inventions, new machines, new methods of transportation and intercourse are making over the whole scene of action year by year. It is an absolute impossibility to educate the child for any fixed station in life.” Education, therefore, should be for its own sake.

Instead of being at the start of the ‘knowledge age’ we are at the precipice of the ‘ignorant age’. And some of us have already fallen. Imagine if the teacher of the future were to be stupid, having no idea what they are doing in the long term scheme of things, they have taken for granted the ‘marketised’ idea that teaching is a collection of techniques. They love short term resources more than the long term unfolding of the subject. They think all they need to do is go online and download lessons. They’d buy kindle books about 100 techniques and 100 ways. They have bought into the short-termism market. They’d think creativity equals iPads or whatever was the thing, and that critical thinking is vital, though they won’t think their way critically out of a shopping trolley, and teachers will become resource consultants and teaching, a business and no need for training.

Education is in danger of melting into air, this is the logic of Jameson’s late capitalism where the teacher no longer has an interest in anything to do with passing on knowledge. If we all succumb education will dissolve into entrepreneurship and the market we deliver to will be one full of salivating teacherpreuners who think the quick fix, bought off the shelf, here today, gone tomorrow, is a perfectly reasonable way to educate children for the future.

Buy our resources! Save time! Scream the online ads directed at teachers. Overworked, under duress teachers grab them with one hand whilst caffeinating with what ever drink they have in the other. “I’m not prog or trad,” the teacher says, “I just do whatever works on the day, whatever my children need I give to them… I just get on with delivering my lesson and waiting for the data…” And the consultants and companies latch onto this  desire, or help create it. Tap onto resources marketplaces and consume.

I agree with Grayson Perry where he says: “I still am more emotionally attached to the old thing.” where teachers care about long term thought, cared about constructed and very grand narratives. The old progressives understood this. Freire wrote that: “Our advanced technological society is rapidly making objects of us and subtly programming us into conformity to the logic of its system to the degree that this happens, we are also becoming submerged in a new “Culture of Silence”…” At least Freire, Dewey, et al had vision. Now we are faced with the possibility of educators losing their central mission, teachers as consumers, and pupils as objects to count in and out of the gates. It goes on silently, just the occasional mutter that something might be wrong…

…as education bows to the marketplace.

19 thoughts on “The Rise of the Stupid Teacher and Blogger”