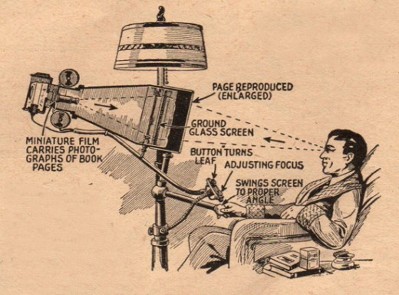 Today, according to the TES : “Professor Sugata Mitra, of Newcastle University, suggested that the conventional skills taught to children today were mainly “obsolete” and could be carried out by machines.” He went on to say: “Reading, writing and arithmetic should be deemphasised and replaced with comprehending, communicating and computing. That’s the world we live in today.” He continued:

“Is it not conceivable to think of an app where you can point it to a piece of Japanese text and it reads it back to you in English. If that app exists, would it be important to be able to read that Japanese? No, it is important to understand what that text is saying. Comprehension is more important than the process of reading.”

An app that reads Japanese and automatically translates into English as though that is an easy task? As though one language can easily be translated into another, and we can trust a machine to do this for us? Translation is an art.

Does Mitra also envisage an app that reads English and translates it into Machine English so that we no longer need to read and we merely have to comprehend? The process of reading itself is about comprehension. When one reads, one is not undertaking just a mechanical task that is easily outsourced, yes it is nice to be read to, yes to Jackanory and yes to viewing a play, but this is very different to reading and very different to outsourcing reading to ‘Siri’ or the computerised checkouts at Tesco.

Next Mitra will be saying making love is obsolete because we have the wonderful resource of online pornography and some ‘little devices’ we can attach to our hard drives.

Here are a few words from the poet Bernard Kops taken from his poem ‘Whitechapel Library, Aldgate East’ known as the University of the Ghetto…

…A loner in love with words, but so lost
and wandering the streets, not counting the cost.
I emerged out of childhood with nowhere to hide
when a door called my name
and pulled me inside.

And being so hungry I fell on the feast.
Whitechapel Library, Aldgate East…

And Rosenberg also came to get out of the cold
To write poems of fire, but he never grew old.
And here I met Chekhov, Tolstoy, Meyerhold.
I read all their worlds, their dark visions of gold.

The reference library, where my thoughts were to rage.
I ate book after book, page after page.
I scoffed poetry for breakfast and novels for tea.
And plays for my supper. No more poverty.
Welcome young poet, in here you are free
to follow your star to where you should be.

That door of the library was the door into me

And Lorca and Shelley said “Come to the feast.”
Whitechapel Library, Aldgate East.

This library is now closed.

Now I know Mitra is a provocateur, who believes in machines, but he is not a librarian or a teacher. Most teachers I know value reading highly as a habit they would want for their own children and the children in their classes. This tradition is centred around books. Even when reading to children, one holds the book with respect. A good teacher venerates books far more than the machines of the modern age.

Communication, whether a dance, towering rhetoric or a tweet, involves a love of language, written, spoken and felt; it is crafted. Just as a pot turned by Bernard Leach is a thing of beauty aided and abetted by a wheel but not made by the machine; we can deploy an inhuman PR machine to communicate for us, but we’d lose so much if we did. Communication is that most human of acts and we learn it first, close to home and its authenticity is always diminished when it is outsourced and many times removed from its first utterance.

Teach the art of rhetoric.

These arts of reading and human communication are sacrosanct to our understanding of ourselves as bequeathed to us through the years. It is central to the job of parents and teachers to ensure that these arts continue, unsullied by those who believe electronic media can render these arts obsolete and believe they should be one step removed from the child.

Do away with Mitra’s inhuman belief in machines.