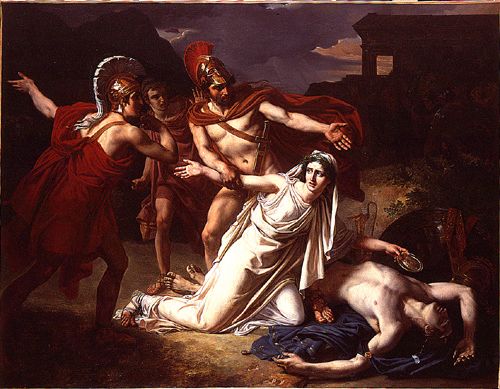 Should a classroom be a safe space?

Let’s unpick that a bit, should it be a space in which mortal danger can occur? Should it be a space from which a child is lucky to get out alive? If we take it to mean this then yes, a classroom should be a safe space, but should the classroom be a space in which ideas are not allowed to be voiced, or certain ‘trigger’ words are banned?  That some students have got to University and are so openly able to be traumatised by certain texts and behaviours that mean lecturers and other students, speakers at debates including well known figures, like Julie Bindel and Germaine Greer, face calls to be banned from speaking at some campuses is an extraordinary sign of our times. Democracy is on the back foot, instead of  the common people conversing and arguing with each other, we have returned to an aristocracy, but this time the nobility are self appointed purveyors of more noble thoughts than the rest. Instead of being ‘the best born’ our new aristocrats are those with the ‘best thoughts’, they are able to close down the thoughts and uttering of the rag tag demos with their edicts from their moral high ground.

Where does some of this behaviour come from? Where do people begin to believe they have the right to rise above others? It might be from home, that was how the old aristocracy worked: ‘you have blue blood, my son, you are born to rule’ but the new aristos are self-appointed, they are not born, they are made, and one of the places that forges the new aristocracy is the school classroom. For where do these thought deniers get their prejudice and wholesale belief that they are the chosen ones but in a space that validates that view?

Any teacher who has faced the ignominy of being ‘interviewed’ by a panel of fourteen year olds understands that pupil power is taken very seriously by some schools. An adult, often a parent, sometimes in a stressful time of their life, wanting a job, finds themselves having to answer questions from pupils who represent the voice of the student body. An interview, which is more and more being exposed as a flawed way to judge a candidate, is a shop window for a statement about the school… what children say here, matters. But, of course, it doesn’t really. If student voice really mattered then our schools would be full of teachers appointed by students against the wishes of the adult interview panel. Some Headteachers would be subject to disciplinary procedures if Student voice was taken seriously, it’s window dressing, a sop, but it is part of the idea that what students say matters, as long as what they say doesn’t rock the boat.

For at the same time as student voice, classrooms have become places that tell children off for not saying the right things. Children are encouraged to express their views and their feelings about all sorts of things and, as long as these views and feelings are ‘correct’ they are taken seriously and validated and/or patronised. Emojis are employed for children to tick: ‘did you enjoy class today’? Classroom discussions elicit answers: do you feel  Hitler was a naughty boy? Imagine the response that a teacher would give to a child who argued that Hitler was right? What about the racist child? The homophobe? All are asked their views but some are immediately silenced: ‘You can’t say that,’ ‘You can’t use those words,’ This is ersatz free speech and children are given the impression that they have to say, in class, things that ensure they sound like they are thinking the ‘right’ things. This is not teaching, it is the use of authority to oppress people in the doublethink world of giving them a voice.

Children should not be asked for their opinions in class. Well, not until they have really thought things through. A classroom should not be a ‘safe space’ it should be a space in which children have their thoughts challenged, not by telling them what they can think but by exposing them to the thoughts of others. The best that has been thought and said, is often contradicted by other thoughts and saids that could also be described as the best. Classrooms should be places where children learn about the dialogues and arguments of the past and by engaging with these texts they will have their minds educated in such a way as to begin to be able to understand even the most obnoxious viewpoints and the arguments against them.

Most dialectical points are not necessarily between extremes, most are neither obviously right against obviously wrong and here, the complexity of arguments and thought is exposed and understanding enhanced. Instead of trying to take the moral high ground a pupil is placed in a position where they begin to see that complex differences between people are not solved by shutting down debate but through careful negotiation and dialogue and that, even then, positions can remain intractable. Texts can be juxtaposed to emphasise these arguments but also single texts which contain great arguments at their core can be chosen. Every child should have the opportunity to pick apart a great debate at the centre of a great novel or play. To be exposed at an early age to the great piece of theatre that is Antigone can only be a good thing. To realise that the implacably opposed Antigone and Creon can be both at the same time right and wrong could open their minds to empathising whilst disagreeing. Pupils should be taught to be disputatious, to love heated argument and debate. They should be taught to listen to other views, no matter how much they disagree with them, they should be taught to listen respectfully whilst searching their mind for good arguments to oppose whilst reserving the right to change their minds. Teachers should know how to conduct proper class debates where a knowledge base is used to argue from, Socratic circles can help here as they demand that references to texts are central to the argument.

A child who is protected from persuasive dangerous views is given no thoughtful weapons against these views because they are crouched in a safe space that leaves them exposed to a life where argument is not broached. A space which allows no debate can leave a child bereft when they come across someone who is bent on exploiting them in some sinister way or other. A safe space is, paradoxically, a dangerous one.

6 thoughts on “A Classroom Should not be a Safe Space”