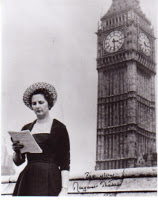 My lesson plan for the teaching of Rhetoric continues to be used by many teachers and schools yet it is not the end of the story by any means. Once a student orator has got a handle on the basic outline of speech making you can begin to teach him or her about little tricks they can use to enhance their effectiveness as great communicators. In this occasional A-Z of rhetoric series I will look at some techniques that teachers can teach to their pupils that will make a great difference to the quality of their speech writing and delivery, quickly and simply. The caveat being… do not overuse these techniques!

Great communicators might use anadiplosis (doubling), this is where you take the last word or words from the preceding clause and repeat them at, or near, the start of the next. For example in Shakespeare’s Richard III: My conscience hath a thousand several tongues, And every tongue brings in a several tale, And every tale condemns me for a villain.

Antistrophe: continues the theme of repetition where the use of a word or words is repeated at the end of a clause or a sentence. For example: “When I was a child, I spake as a child; I understood as a child; I thought as a child…” In the case where the repetition occurs at the beginning of a clause or sentence it is called Anaphora, this occurs most notably in Martin Luther King’s ‘I have a dream’ speech.

Amplificatio is the means by which a simple statement is enlarged or ‘amplified’ thereby strengthening, emphasising or even exaggerating the point. By embellishing a simple point a speaker or writer may enable the audience or reader to realise its importance. If used for a great number of points the impact is lost entirely.

Auxesis is a technique that can be used to amplify something, either by using a word or phrase that exaggerates someone’s position… José Mourinho used this to describe himself: ‘The Special One’, Government advisors are sometimes called ‘Tsars’, but most notably it is used as a series of words that build to a climax by increasing the importance or force as you go, in Henry V: ‘Follow your spirit, and upon this charge Cry ‘God for Harry, England, and Saint George!’ Harry being the mere individual, then the country, then the metaphysical Saint… This technique can stir the emotions.

Assonance and alliteration are well known examples of the orator’s art. Alliteration is used a lot in education circles to illustrate such ideas as 21st Century skills where pupils are told they will need to learn collaboration, creativity and curiosity. The three ‘Rs’ are famous and alliterate somewhat tortuously: Reading, Writing and ‘Rithmetic the reason being it is a good technique to use to lodge something in the memory. Alliteration was originally associated only with consonants, whereas assonance takes a vowel sound and repeats it exactly or similarly, in Macbeth for example: ‘Is this a dagger I see before me?’

Aposiopesis is when a speaker suddenly stops speaking in mid sentence, this can be for effect or maybe even due to memory loss but if the latter is the case make it seem like it is for effect! Important to note this paradox: a lot can be said by not saying something. And for no better reason this draws this blog to