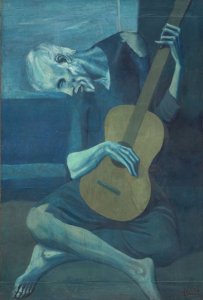 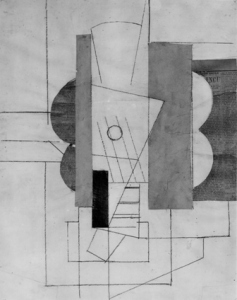 How many edu crimes are committed in the name of creativity or, for that matter in a negative reaction to the idea of creativity? For some it is a word that conjures up all that is wrong with a progressive classroom and for others it sums up all that is missing from a traditional one. It is one of those words that can mean anything you want it to mean: group work = creativity, display work = creativity, teacher in role = creativity, open questions, classroom debate, non-uniform day, all at some time or other have been excused by the idea that they are creative. Pity the writer sat quietly at home on their own scratching a few words with a newly sharpened mind onto their computer screen.

Can you teach creativity? No. Can you teach in a way that enables pupils to practise their creativity? Yes. If we use the OED definition: ‘The use of imagination or original ideas to create something;’ then clearly, if we allow pupils to ‘create something’ from their ‘imagination’ or from some ‘original ideas’, which I expect means originating in somewhere akin to the imagination… then we are allowing the pupils to be creative. If imagination is: ‘The faculty or action of forming new ideas, or images or concepts of external objects not present to the senses’ then use of it is a creative act in itself. Where on earth do we allow such things to happen at school?

Well, just about everywhere. If creativity is in the act of creation, then writing an essay is creative. The pupil starts with a blank sheet of paper and uses their imagination to create the essay. But, of course it is not as easy as that, because one needs constraints – a question to answer, an argument to make, a rhetorical structure to follow, a word count, an appreciation of an intended audience… With these constraints in place the creative act becomes more focused, more disciplined and, paradoxically, more creative, like watching improvisers playing with a theme, we can appreciate the skill in negotiating the imponderables, and delight in the connections, collisions, and the difficulties encountered by dealing with the constraints.

This is art. Just as the apprentice begins to paint at the behest of ‘the master artist’, learning the constraints imposed by the canvas and the colours, the style and the composition, and the ‘master’s’ instructions, at some point the apprentice finds their own style based somewhere between the acceptance and rejection of the tradition of the art and the spirit of their age.

Education consists of arts and disciplines.

Discipline and art (De disciplina et arte) 1. A discipline (disciplina) takes its name from ‘learning’ (discere), whence it can also be called ‘knowledge’ (scientia). Now ‘know’ (scire) is named from ‘learn’ (discere), because none of us knows unless we have learned. A discipline is so named in another way, because ‘the full thing is learned’ (discitur plena). 2. And an art (ars, gen. artis) is so called because it consists of strict (artus) precepts and rules. Others say this word is derived by the Greeks from the word 􏰃ret􏰄, that is, ‘virtue,’ as they termed knowledge. 3. Plato and Aristotle would speak of this distinction between an art and a discipline: an art consists of matters that can turn out in different ways, while a discipline is concerned with things that have only one possible outcome. Thus, when something is expounded with true arguments, it will be a discipline; when something merely resembling the truth and based on opinion is treated, it will have the name of an art.

If the teacher is teaching something which can only have one outcome, the teacher is teaching a discipline – this is what is right, is true, and the pupil needs to know this then this ‘knowledge’ needs to be learned. This is not creativity, it is, however, learning the discipline that they are being taught which is the root of any worthwhile creative act. If, however, the pupil is being encouraged to then move beyond the knowing, moving beyond the discipline of being the apprentice, and is being asked to produce work that might be different to other pupil’s work in that subject then they have moved from discipline to art. This is where they begin to use their creativity.

The trivium is an ‘art’ in itself, it is the base of the liberal arts and it is open ended:

You start with knowledge, rules and precepts, ‘the grammar’; you then develop your own logical understanding and thinking, and can then move to exploring ideas in collusion, collaboration, or conflict with the knowledge you are exploring and practice your art – dialectic. Finally you learn to express your ideas in a variety of ways – where ‘rhetoric’ comes into play.

Creativity begins with the constraints of a discipline but ends up with something different to the work of others. If the essays your pupils write are all identical then you’re not teaching to enable creativity. The likelihood is, however, that the work of your pupils will be different in someway, some will be wrong, some will be a disaster, some will be okay and some will be brilliant but all will be creative and you will be teaching to enable creativity. You will be teaching your subject not as a discipline but as an art. So don’t get hung up about it. Teaching creativity is something most teachers do for some or, indeed, most of their time.

3 thoughts on “Teaching to Enable Creativity”