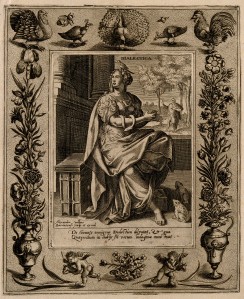 The new national curriculum for English at key stage 3 has the trivium at heart. There is an emphasis on grammar, knowledge, debate, argument, dialogue, discussion, speech, performance, talks, essays and expression. To put it simply: Grammar, Dialectic and Rhetoric. By judicious selection of texts key stage three English can be exciting, challenging, difficult and liberating for children especially if a teacher puts conflict at the heart of his or her teaching, an idea recommended by the cognitive scientist Daniel T Willingham. If you think of the course as a narrative, a story to be told, with a cast of hundreds all ready to get long, fall apart, fight, fall in love, look at each other askance from afar then it can truly excite not just your kids but also you, the teacher.

What texts to choose? The curriculum states that children should: “analyse more challenging texts.” In non-fiction terms how about using this list from the Guardian as a guide to what could be ‘the best’? It gives us a starting point: the King James’ Bible and also a great dialectical counterpoint: The Origin of the Species or even a Brief History of Time. By teaching these texts alongside each other one can explore the themes as well as the language, after all the curriculum asks that: “Pupils should be taught to make critical comparisons across texts“. These texts might be thought of as too advanced by some but the principle remains, what texts can be put to work dialectically? In fiction, again, the Guardian can help us with their list of novels. Perhaps Tristram Shandy can be set against Emma, Frankenstein against Moby Dick or, perhaps the more age appropriate, The Wind in the Willows against Alice in Wonderland. By reading these books alongside each other connections and conflicts can be made and found. I would like to pitch Alice against Oedipus Rex, both of them exploring the question: ‘Who am I?’

By putting dialectical counterpoints to children to explore the stipulation that they participate in “formal debates and structured discussions,” is connected to the knowledge you are imparting, to the texts you are exploring rather than seen as a separate lesson these discussions and debates rise from the very nature of the reading. Other texts can be sought out to ensure: “A range of other narrative and non-narrative texts, including arguments, personal and formal letters.” Putting these side by side helps in the: “Summarising and organising [of] material, and supporting ideas and arguments with any necessary factual detail.” It could help with: “Knowing and understanding the differences between spoken and written language, including differences associated with formal and informal registers, and between Standard English and other varieties of English”

The study of rhetoric would help pupils “read critically through: knowing how language, including figurative language, vocabulary choice; grammar, text structure and organisational features present meaning.” And ensure that they are aware of: “writing for a wide range of purposes and audiences, including: well-structured formal expository and narrative essays stories, scripts, poetry and other imaginative writing notes and polished scripts for talks and presentations; drawing on knowledge of literary and rhetorical devices from their reading and listening to enhance the impact of their writing.”

Rhetoric and dialectic together with grammar will help develop the richness of the spoken word, the ‘performance’ element is an essential part of the trivium. Here we can help pupils: “Speak confidently and effectively, including through: using Standard English confidently in a range of formal and informal contexts; short speeches and presentations, expressing their own ideas and keeping to the point, improvising, rehearsing and performing play scripts and poetry in order to discuss language use and meaning, using role, intonation, tone, volume, mood, silence, stillness and action to add impact.”

The best that has been thought and said, argued about, with children given other ideas as to what the best might be, then  the open nature of informed debate and the skills of great communication can make key stage three English a joy to learn. The trivium is the way forward.

One thought on “Teaching KS3 English Through the Trivium”