Interleaving two or more pieces of curriculum content that are deliberately chosen as they juxtapose well and/or offer interesting viewpoints and perspectives, and arguments can work really well. When I teach drama I interleave the three practitioners Brecht, Stanislavsky and Artaud. I start by looking at how each has a different view about truth and its representation and then look at how their ideas compare and contrast theoretically and practically. As they are studied alongside each other, pupils get a much richer view of ‘theatre’, but also are clearer in their minds about what each, individual, practitioner’s style is like and why.

Think of this in art: 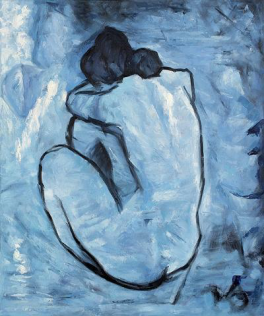 Interleaving in this way enables pupils to compare and contrast earlier and later works by the same artist or works by different artists in the same or contrasting styles. In literature, poetry can be compared to prose, or two poems juxtaposed. In government and politics perhaps Tom Paine can be read alongside Edmund Burke. In maths multiplication alongside division? The lessons could be spaced apart in chunks of two or three, or alternate lessons. As pupils become more secure in the knowledge of what they are studying they could then compare and contrast in the same lesson. Or the lessons could begin ‘inductively’, in that the works are presented alongside each other and the pupils learn to differentiate, looking for commonalities and differences from the off.

This is a very interesting way to interleave lessons as it allows pupils to develop their abilities to discriminate. In the case of the theatre practitioners they developed their abilities to decide which style they liked best and why. These qualitative judgements they were beginning to make enabled them to look at their own work more critically. In arts subjects, certainly, it is necessary to know when something might be good, not so good and why.

The important thing to remember is, with all curriculum design issues, is this a suitable way to learn the subject being studied?

5 thoughts on “Interleaving and Curriculum Design”