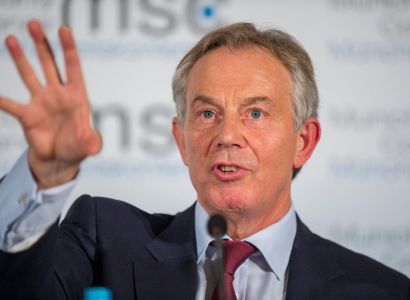 In a speech on 23rd May 2001 Tony Blair made the following pronouncement:

Our top priority was, is and always will be education, education, education. To overcome decades of neglect and make Britain a learning society, developing the talents and raising the ambitions of all our young people… In the past four years our teachers have achieved outstanding results. They have carried through what Ofsted calls a ‘transformation’ in primary school standards. The best primary test results ever. 160,000 more 11 year-olds reaching the standard for their age in literacy and numeracy than four years ago.

Blair wanted Britain to be a ‘Learning Society’. So what did we learn?

In his excoriating attack on Tony Blair, ‘Broken Vows: Tony Blair, the Tragedy of Power’ the controversial author Tom Bower seems to set out to destroy whatever positive views  one might still have of the former prime minister. I’m not going to get involved in all that here, there is one area, however, that interests me Bower believes that the: “setting of targets… caused real damage to a generation of British schoolchildren.” In an article referencing the book in the Sunday Times 6/3/16 Bower cites the OECD report from January stating that the position of English School leavers as worst out of 23 countries in literacy and numeracy was a: “direct result of the strategies, standards, benchmarks, performance indicators and targets introduced after 1997.” He adds that, thanks to Michael Barber and ‘deliverology’, rigid rules were imposed on teachers demanding what they should teach and how to teach it. “By 2001 teachers were no longer imparting knowledge but cajoling pupils to pass tests.” The dichotomy is between getting through a limited test when pressured and cajoled by teachers or a deep understanding of the subject being studied.

The high stakes nature of the tests, stressing the child, the teacher and all those with an interest in the institution does not help, instead the perceived need for accountability replaces education. Yet all through this time the tractor counting of ‘more children passing tests than ever before’ formed a smokescreen that obscured something that was becoming increasingly obvious to many teachers at the time, whilst education was seemingly getting better, whilst standards were seemingly rising inexorably, why was it that a good number of the pupils in front of them seemed to know and care less?

What mistakes made in that period continue to be made? Do we still have the setting of targets, are we still obsessed with the minutiae of data and tracking and chasing the pupil? Are we obsessed with test scores and tracking? Are we insisting on rigid rules for teachers to follow? Is the Barber/Blair axis alive and well in our schools? Are we seeing ‘results’ whilst the underlying performance of the children is stagnant at best?

There is a problem with setting targets for individual children based on statistics of probable performance for a cohort. Ed Cadwallader has it nailed where, in a recent piece for Schools Week he writes that:

The culture of setting targets and holding people to account is so entrenched that it persists even though the method for deciding those targets is flawed. The very term “pupil targets” is misleading because really these targets are meant for teachers, who face censure when students fail to reach them, in spite of the fact that giving pupils misleading targets that cap their aspirations makes teachers’ jobs harder.

Is there still a culture in some schools that the only way to deliver success is the Blairite way? In the meantime will our children undergoing this form of education continue to satisfy some measure or other but continue to languish somewhat when it comes to actually learning something beyond the rather lowly ambitions of the ‘learning society’?

Dylan William is right when he says:

Instead of asking “What level of achievement should we have as a target?” we should ask, “What do we need to do to make sure that this child is ready for Year 4?” As Rick DuFour says, “Don’t tell me you believe that all students can succeed. Tell me what you do when they don’t”.

I have written about targets replacing teaching here.

A true learning society would value the quality of learning rather than just the quantity of it. Measuring should support, not drive this learning, and rather than cajole teachers with centralised diktats and suffocate education with benchmarks, performance indicators and targets the teachers should ‘rise like lions from their slumbers’ and be free to teach.

Education, just say it once.